Apr
01
by Cats777 at 4:48 PM (2,998 Views / 0 Likes) 5 Comments
Hey guys, today is April Fool's Day. You know what that means? No, this site's not gonna make fun of you like some of those other big corporate sites. It's time for more movie tunes! It's time to update the playlist that shall not be named. You all know that playlist. This one.

Mar
14
by Cats777 at 11:19 AM (2,618 Views / 0 Likes) 0 Comments
There are no real holidays this month, so I'm making it Zuntata month! Zuntata is Taito's sound team, so they're obviously responsible for all of Taito's music. That includes, but is not limited to, all the tracks in this update.

VIP Songs for All Who Feel Love

Feb
12
by Cats777 at 1:10 AM (3,276 Views / 0 Likes) 2 Comments
It's February! You know what that means? It's Black History Month that time of the year when you hook up with someone and kiss them a lot, moreso than any other time of the year. For the rest of us, it's when we realize we're kiss-less, single virgins. Hopefully, the tracks in this update can give us butterflies in our stomachs the same way that a loving partner can. Probably not. 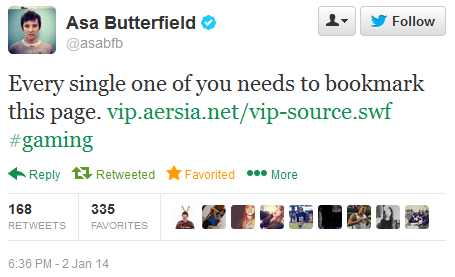 But the forums are still dead.

This might be revolutionary not only for the VIP, but for video game music in general. Video games have already been considered "cool" this day and age, so the music will soon become just as cool. The popular kids will start listening to VGM and everyone will be blasting chiptunes in public. VGM composers will become pop icons. Laura Shigihara will become the new Taylor Swift. Yuzo Koshiro will become the new Avicii. The possibilities are endless!

I hope more movie actors tweet the playlist. Perhaps based Vin Diesel. As long as it doesn't rape my bandwidth too much.

How old is it? I lost count.

I know I really should have released the super-cool new version today, but I can't get my head out of this new game idea I have that requires my utmost attention. I've already been doing research and writing stories and pseudo-code, even though I know in the back of my head it's gonna be yet another shovelware project. Anyway, we'll see how it works out in the coming months.