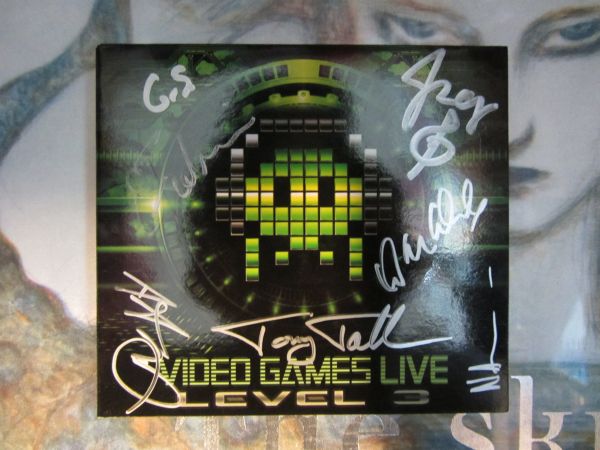 by Cats777 at 3:10 AM (3,861 Views / 0 Likes) 3 Comments
This August has been a pretty eventful month. The death of comedy, the Russian invasion of Europe, the rise of the Islamic Empire, the black rebellion, my birthday, the global pandemic, the war on feminism, and the collapse of video game journalism. There's a flurry of emotions and anger coming out from all walks of life, but I'm not gonna talk about any of those things. This is a feel-good website. I will instead talk about how much I love video game music.

I love video game music so much, I acquired this treasure:

(I couldn't find an appropriate backing, so I took a random piece of art.)

What is this, you ask? It's the successfully KS-funded VGL L3 album with a bunch of composers' signatures on it. Among them are Tommy Tallarico, Austin Wintory, and some guys from Blizzard. It's actually not that special, since a few hundred of these were signed, but I'll at least try to preserve mine for many generations to come. I actually received this album months ago but only felt...
Tweet
Continue reading...
Jul 16, 2014

Jul
16
by Cats777 at 11:55 PM (3,911 Views / 1 Likes) 0 Comments
Shovel Knight just came out last month with a soundtrack composed by the talented Jake "virt" Kaufman. To celebrate its success and brilliant soundtrack, I've compiled all of the virt that's currently on my backlog and putting it in this update.

You may all know that virt also composed the soundtracks for WayForward's Mighty Flip Champs/Milky Way/Switch Force games, but this guy has a talent for composing in many styles which you'll see(and hear) in this update. The best part is that all of his soundtracks are available for free! There are a bunch of old soundtracks on his site as well. 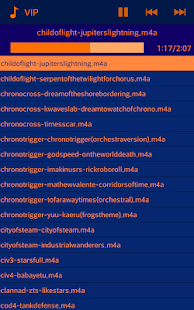 VIP U-Day, Day of the Update

May
25
by Cats777 at 8:30 PM (2,779 Views / 0 Likes) 0 Comments
Here's an update! Catch it if you can! Oh wait, it's actually a grenade, and now you're dead. Not to worry, I will erect this actual update in your memory with music that barely has anything to do with the American holiday tomorrow.

Apr
26
by Cats777 at 1:32 AM (4,656 Views / 0 Likes) 2 Comments
I think it's safe to say I'm a fan of jazz. Sadly, there aren't that many games with jazz soundtracks or even that many good jazz remixes of existing tracks. Luckily, Japan has got it all covered. This update is an attempt to "un-weeaboo-fy" the Touhou block by adding some jazz, because everyone knows that jazz is patrician

music and haters are plebs.